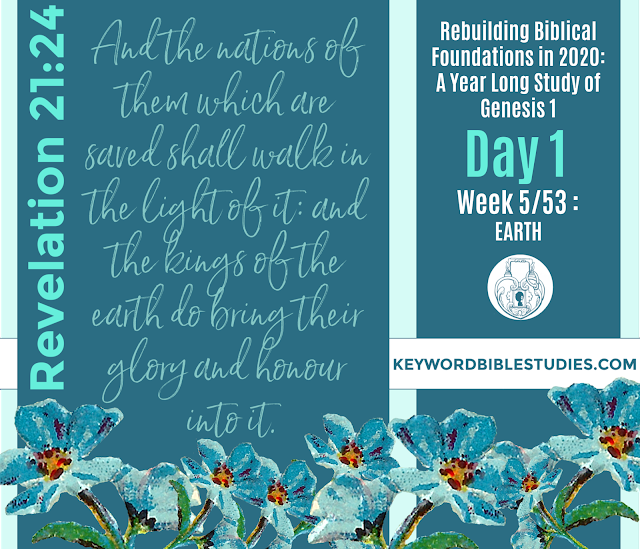 According to Wikipedia, The name Earth is derived from the eighth century Anglo-Saxon word erda, which means ground or soil. It became eorthe later, and then erthe in Middle English. Some others say the name was derived from Old English and Germanic. Also according to Wikipedia: The Earth is know as the third planet from the Sun and the only astronomical object known to harbor life. But I wonder what the Holy Word of God says about His In The Beginning creation.

Also, due to technology we can now locate the Hebrew, Greek and Aramaic meaning of Biblical words! Maybe this is the reason some say this right here (2020) is The Year of the Bible!

Christian Post - The Year of the Bible
Charisma News Daily

Tomorrow we will discuss and look at the definitions of The Key Word EARTH which has five different Old Testament entries in The New Strong's Exhaustive Concordance of the Bible .

Have you any thought in regard to all of this? 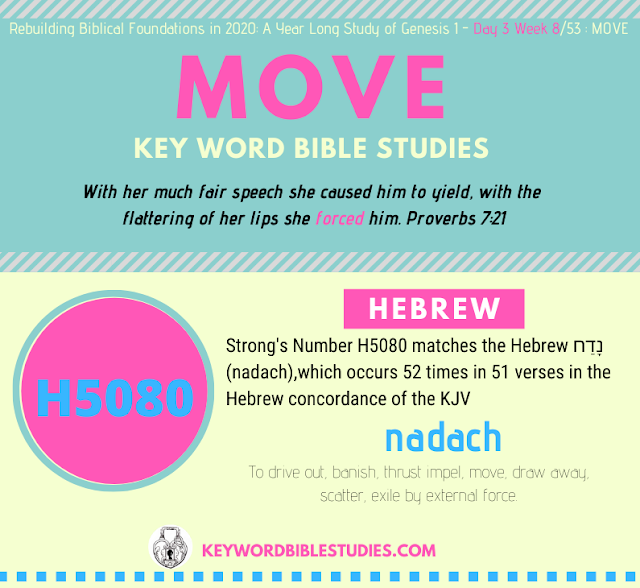